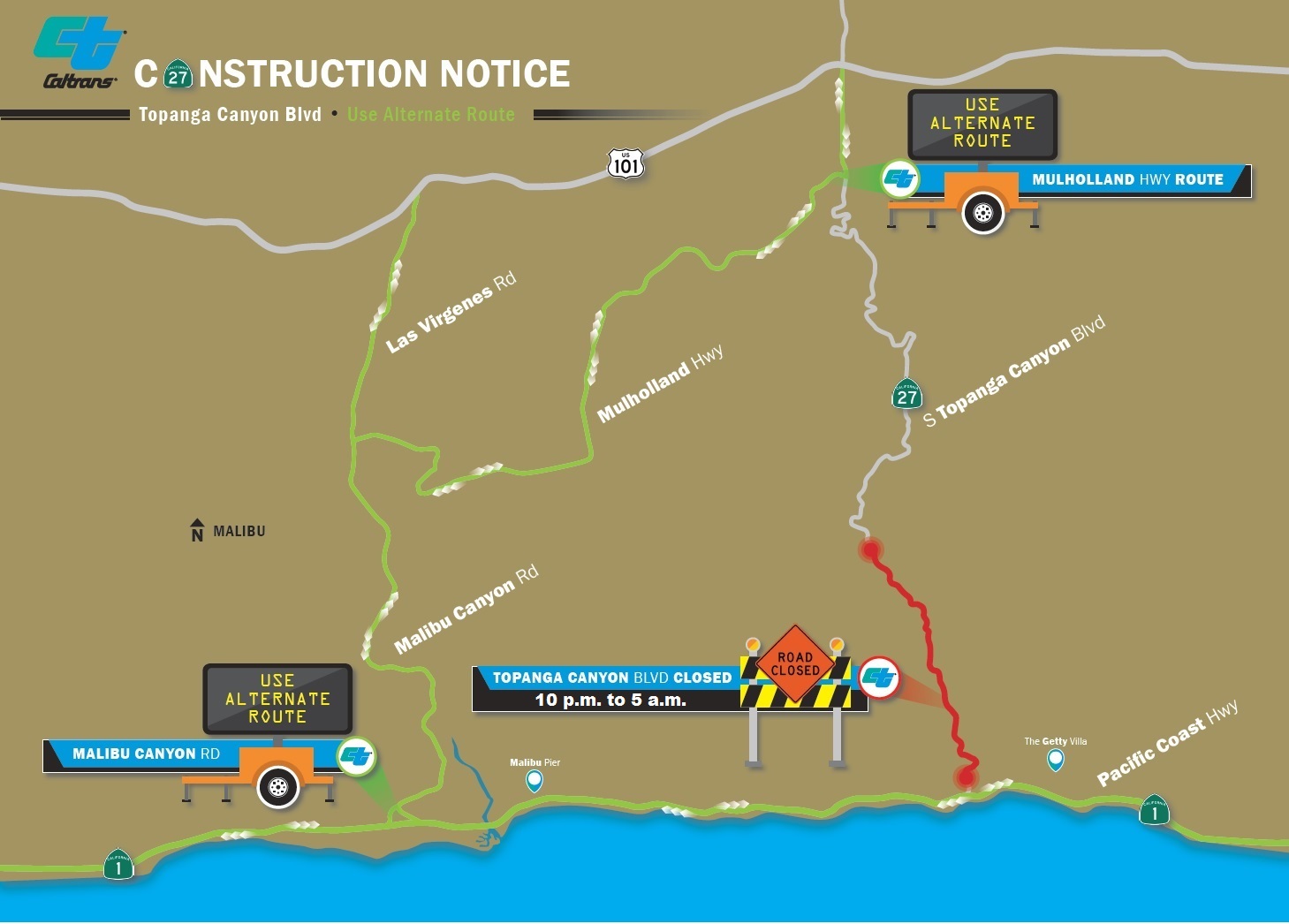 Topanga Canyon Blvd. will be fully closed overnight between PCH and Grand View Dr. on the following dates:

Crews will be conducting one-way traffic control along various locations of Topanga Canyon between Mulholland Dr. and PCH on the following dates:

All work is weather permitting and subject to change. Motorists should expect delays and are strongly advised to use alternate routes. The town of Topanga will remain open to motorists. Drivers can check traffic conditions before they leave by visiting the Caltrans Quickmap.

The work is part of two separate contracts to make repairs along Topanga Canyon Blvd, including a $2.9 million SB 1-funded pavement project that extends from PCH to Mulholland Dr. and an $11 million slope stabilization project between PCH and Grand View Dr. repair eroded slope embankments along the highway after multiple debris slides caused full closures of the highway during winter storms.

Caltrans reminds drivers to be “Work Zone Alert” and to “Slow for the Cone Zone.”